*LST 921 casualty list via Uboat.net and US Navy Archives
( Mike Botula is the author of LST 920: Charlie Botula's Long, Slow Target! (AMAZON BOOKS) MikeBo’s Blog is a wholly owned subsidiary of  www.mikebotula.com , and is linked to Facebook, and  Twitter and Google Plus!)
© By Mike Botula 2016

Posted by Mike Botula at 8:36 AM No comments:

“LOST MUSKET DIARY” Tuesday October 21, 2014
Sunny 77F/25C/ in Rancho Santa Margarita, CA
Buongiorno,
This week, I found another treasure among the family photos and papers that make up my family archives. It was a yellowed, eight page essay written by my father for his sociology class at the University of Pittsburgh, probably around 1929 or ‘30. This typewritten document opened a window on his world for me. Now, as I read this story, I realized that it was familiar to me. He had talked about his family in the “Olden Days,” in family conversations over Sunday dinners after church at our house. But, with his hand typed memoir in my possession, I can share my dad’s first-hand account as Charles Botula told it him self so long ago.
My grandparents had come to the United States in 1903 from what is now the Czech Republic. Back then, it was part of the Austrian Empire, and they were part of a massive migration from Eastern Europe. People fleeing poverty, persecution and war who were looking for a better life in America. The family started its upward climb  to the middle class from the very lowest rung on the ladder. Actually, it wasn’t even the ground floor. It was more like subterranean. My grandfather Botula started his new life in America as a coal miner.
Karel Botula “got off the boat” in Philadelphia in 1903  and started work in Cokeburg, Pennsylvania,  a small coal mining town near Pittsburgh. My grandmother, Johana, arrived with her three children, Karola, Maximilian, and Frantiska at Ellis Island a short time later and joined him in Cokeburg.
My grandfather Botula worked for the James W. Ellsworth Coal Company.    Karel Botula was one of the thousands who answered the call. He was a young man, married with three young children. In the Europe of that era, his family faced a bleak future. America, in his mind, offered the future he wanted for his family. So, in 1903 he booked passage to the United States, arriving in Philadelphia and traveling on to a small mining town in western Pennsylvania. His wife, Johana and the couple’s three children followed him a few months later, arriving at Ellis Island in New York harbor.
Dad picks up the story from there. “It took a lot of researching on my part to get a complete picture of the turn of the century migration that brought my family to America in the first place and I still have a lot to learn about my family’s early life in Europe, but this much I have learned.”
Cokeburg, Pennsylvania was a “company town,” built and maintained by the Ellsworth Coal Mining
Company. The company owned the land and built the homes the miners and their families lived in; operated the company store where they bought their groceries and other necessities; built the church where they worshipped; built the school and hired its teachers, and it provided medical care to the miners and their families. The town’s entire purpose was to mine the bituminous coal deep underground and from this raw material bake it in massive ovens to turn it into coke, a hot burning, gray, ash-like product used in the manufacture of steel. The coke ovens dotted the countryside around the mineshafts, and, as the coal was distilled into coke, the ovens gave off thick clouds of black sulfurous smoke. Karel Botula’s job was not only dangerous from the necessity of digging for the coal deep underground, but the work was carried out in environmentally dangerous conditions. I can remember as a small boy seeing the smoke from the ovens and the downwind hillsides near them that were devoid of all living trees and brush. In the center of the village was a huge slag heap, where the mine tailings, and waste from the coke ovens were piled high. Today, the slag heap has been reclaimed as a park, but then it was a raw wasteland where the immigrant children would play. 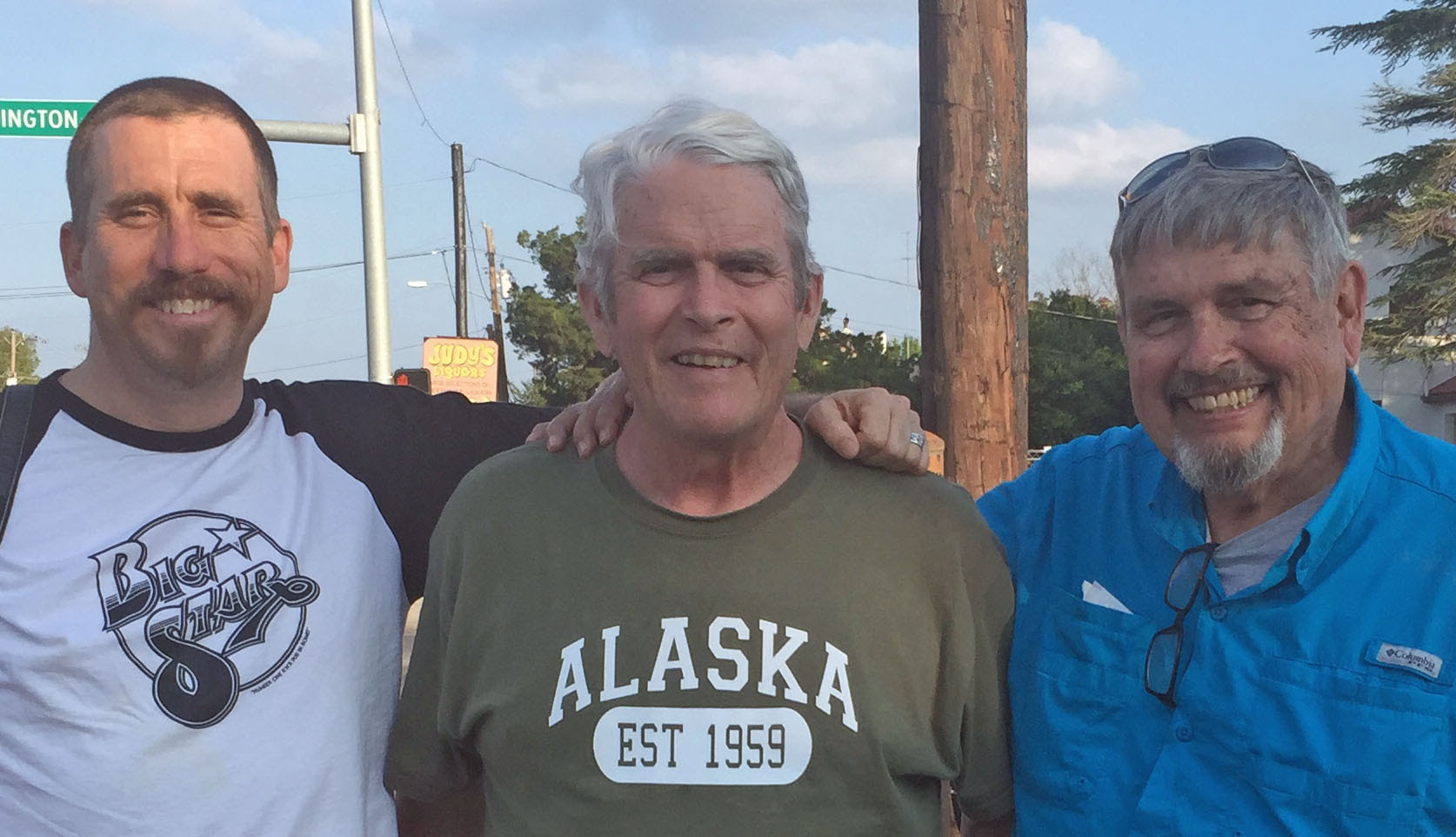 When I first came up with the idea of doing a blog, I asked myself a question – will anyone care about what you write?  But, after thinking it over, I decided to give it a try, and plunged ahead. The blog actually began with my Facebook postings back in 2013 during my extended trip to Italy. Out of those scribblings came my Rome Diary. That led to a renewed interest in my internet site, www.mikebotula.com and my regular blogging via Blogspot.   But, in the past few months, since my move to Texas, the Cone of Silence seems to have descended. Checking my files, I see that I haven’t posted anything in about two months. So, this installment marks my comeback blog.

Some of the silence is due to the extended settling in process that’s involved in a major move like the one I made from California. It was a life-changer for me, and I’m still adjusting.  But, other projects have also diverted my attention. I’ve been researching a book about my father’s experiences in the Navy during World War 2, which centers around a U boat attack on his convoy in 1944. I returned to my book writing, and did an article based on it, submitting it to a special interest magazine. It is scheduled for the November issue. I’ve also been working on www.mikebotula.com,  posting new articles and photos on a variety of subjects.

Since I followed my daughter from California to Texas, I am once again back in the warm embrace of my family. Dana and Jason moved here a year ago with their four kids, Jacob, Jessica, Jaydan and Jordan. We will be joined shortly by Dana’s oldest son, Joshua and his fianceé. Last month, we had a big old-fashioned family reunion with my son, Michael and his wife Laura and her parents, Sergio and Annamaria along with my brother Packy and his wife Sue. They got to see the longhorn cattle parade through the streets of Fort Worth and bought souvenirs at the Alamo. And, of course, we dined on Texas barbecue! We were also able to celebrate a lot of birthdays. I passed the 75 year mark in January. Mike and Dana both have birthdays in May, as do the twins – Jaydan and Jordyn. Jake and Jesse also have birthdays in the Spring, and Joshua’s is at the end of March.

While, I’m on the subject of family… I am also reconnecting with the original Botula family across the Atlantic in what is now the Czech Republic. One of my cousins, Jeff Botula, who was working in Germany a couple of years ago, contacted his namesake family in Ostrava, and last  year ago traveled there to meet and get to know some of his distant relatives. His hostess was Alice Bolfova who introduced him to other members of the original Botulas. I am planning to follow Jeff’s footsteps on my next trip to Italy. Prague is a two hour flight from Rome, so I have no excuse not to.

In fact, Alice and are are not only related, but we are Facebook friends now, too. This past weekend we connected via Skype, and had a delightful chat. Alice speaks English, but I speak only a few words of Czech, er Cesky. She did explain that the translation feature in my software makes any attempt to communicate that way next to impossible. I’ve already downloaded a Czech phrase book for travelers onto my Kindle, and I’m waiting for Amazon to deliver my Euro-Talk language lessons on CD. I will soon add Cesky to the languages I can use to order dinner and find the bathroom when I’m traveling overseas: French, Spanish, German, Italian, and soon, Czech! If you haven’t noticed by now, I don’t consider myself a typical American tourist. And I love it, when another American urges me to  Talk ‘Merican! I love responding that I have no clue what they are talking about – in another language, of course!

My grandparents emigrated from the Old Country back in 1903. They raised nine children to adulthood. As far as the Old Country Botulas ever knew, Karel and Johana sailed west never to be heard from again. And as far as we in the American branch were concerned, our grandparents had come from a mysterious kingdom far across the sea. Time passed and two world wars intervened and the two Botula families begat and begat. Now, there are efforts to reconnect being carried out by both branches. I plan to blog about this Family Reunion by Internet from time to time. I’ll be happy to share with you.

Moving to Texas has put more than California in my life’s rear-view mirror. It has also put a lot of memories there as well, along with places and friends, a couple of careers and a half century of connections. I’m grateful to have my family close by, and I am making an effort to meet my new neighbors and make new friends here in the Lone Star State.  Social media is the way I’m doing it. Email, Facebook, Twitter, the blog and www.mikebotula.com allow me to keep in touch. And when I run out of patience with texting (which doesn’t take long) I just grab my IPhone and drop a dime. One of my close friends now lives in New Zealand, and another lives in China. Mike and Laura live in Rome. Other friends and former colleagues are literally scattered around the world. Staying in touch has come a long way from the World War 2 V-mail that my parents used to stay in touch. Or even the rare overseas phone calls that enabled me to hear my brother’s voice when he was flying in Vietnam. I am limited in my outreach only by those friends over the age of ten who either refuse to learn how to use the technology or whine that they just can’t do it.  So, here I am in central Texas, two time zones away from Hollywood and 1,400 miles closer to Rome, where my son’s band No Funny Stuff plays.(Plug!) The central U.S. location also puts me closer to my brother, so I can also think about jetting up for a weekend near St. Louis. And, if my high school classmates are up for it, I can more easily attend my reunion, which is tentatively on the calendar for the Fall of 2018.

( MikeBo’s Blog is a wholly owned subsidiary of  www.mikebotula.com , and is linkedto Facebook, and  Twitter and Google Plus!)

Posted by Mike Botula at 1:59 PM No comments: